According to data shared with us by the UK’s National Business Crime Centre (NBCC), there are over 7 million incidents of shop theft each year. Of these, only about 325,000 are actually reported to police - that’s a meagre 4%.

There are many reasons for this discrepancy and many reasons why closing the knowledge gap is beneficial for retailers, the police, and society as a whole. First let’s look into the reasons, then we’ll dive into some possible fixes before discussing the raft of benefits.

There are many layers to explore in order to understand the 96% differential between crimes committed and crimes reported. The first one may be the actual data itself. According to Chief Inspector Patrick Holdaway, Operational Lead at the NBCC, the statistics are pieced together from different sources and include a good number of educated assumptions.

The reporting numbers are quite exact, as you may expect, although measuring unreported offences is much more difficult. This requires working through charging and caution data, as well as the experience that officers have gained from working with repeat offenders. The 7 million shop thefts a year statistic is in fact a guess, but it is a really, really good one.

So what causes the under-reporting? There are a number of factors at play here. The first one is likely to be the belief that a theft must be valued at over £200 before the police will be interested. A large proportion of shop-thefts are below this threshold, and so when retailers stop a shoplifter, or when a relatively low value theft is detected, it is unlikely that the police will be informed.

A second reason is that many theft incidents simply go undetected. Prolific offenders are adept at evading detection - their techniques are tried and tested, the successful ones are widely shared, and as loss prevention colleagues begin to tackle one type of behaviour, new methods are quickly developed.

Finally, the cost of reporting crimes should not be underestimated. Retail is a fast moving business and it is often difficult for staff on the shop-floor to find the time to complete the paperwork and communicate the details.

What can be done?

Technology plays a vital role in improving the links between retailers and the police. This begins with giving frontline teams access to new tools and technologies that can dramatically improve the detection of theft incidents. SAI’s computer vision platform, which overlays always-on loss-prevention intelligence on top of existing CCTV systems, can give retailers much greater clarity about the exact nature of in-store losses. Being able to see the scale of thefts, from concealment, to push-outs, to attempts to manipulate the self checkout lets companies put in place proper programmes. The SAI Alerts app sends instant warnings of in-progress thefts so that security officers can encourage abandonment of the attempt.

The next step is to connect in-store systems such as the SAI Platform with the Digital Evidence Management (DEM) solutions that the police rely on day-to-day. Integrating these tools can streamline the reporting process and drastically reduce the burden and costs to retailers of reporting crimes against them. This is no simple task however, as each regional police force has chosen its own DEM system, and at present there are no clear standards governing the secure sharing of information, including photographic and video evidence, between platforms.

The Benefits of Better Reporting

Improving the reporting of retail crime brings an array of benefits for retailers, the police, and society as a whole.

Having better statistics and up to date evidence allows the police to target their resources more effectively, building up patterns that can lead to the interception and effective prosecution of organised gangs, for example.

For retailers, the benefits of effective detection and reporting of shop thefts are more immediate - recording, deterring and preventing crime go straight to the bottom line. According to estimates from the West Midlands Police, every prolific offender can cost a local area over £150,000 per year as they steal to feed a drug habit. Converting these losses into sales has a disproportionate effect on profitability..

As offender rehabilitation programs become increasingly effective, improving reporting of seemingly low-level crimes can be used to quickly divert offenders away from prison and into more beneficial treatment programmes, helping them get their lives back on track and to contribute to society.

Improving Visibility and Reporting with SAI

It is imperative that the reporting gap closes quickly. At SAI, we are committed to giving retailers every advantage in the fight against shop theft, from targeted real-time alerts to long-term trending data. Our ultimate aim is to improve the efficiency of reporting crime while simultaneously driving down losses and boosting sales. Hopefully along the way we can help direct some of those living with the chaos of drug addiction towards the help that is out there for them. 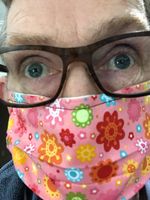